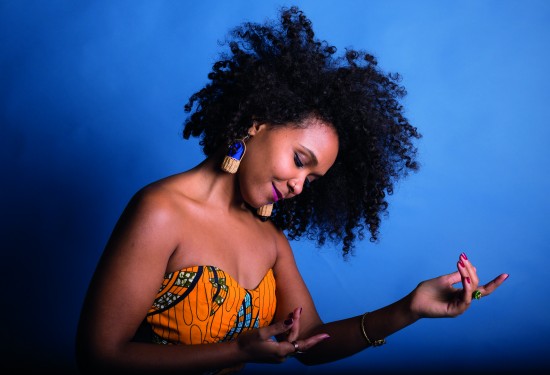 Singer and musician, performing solo on stage, Cynthia Abraham deploys a unique palette. We perceive the rhythms of her ancestors carried by the drum ka of Guadeloupe, the fruit of his musical passions, from the elegant jazz of the French vocal ensemble Double Six to the sensual and Latin dances, passing by the songs of Métis identities. Cynthia plays with the meaning and sounds of words. In French, English and of course in Creole, but also in South African Xhosa, Russian or Brazilian Portuguese, it gives them the natural strength of the heartbeat. She sings like no other, but also breathes a vital breath through her transverse flute and builds a perfect balance with the help of her percussions and musical loops.
Cynthia Abraham released “Unisson”, her second solo album, in October 2021, a collection of chiseled original compositions and Russian and South African songs that have fueled her artistic journey.
Watch the EPK of the recording of the album "Unisson" here
http://www.cynthiaabraham.com
https://www.facebook.com/cynthiaabrahammusic
https://twitter.com/abrahamcynthia