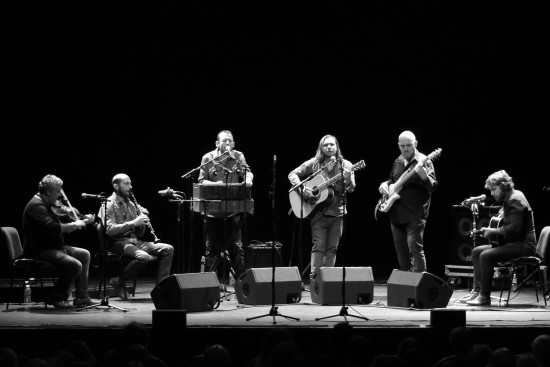 At the turn of the century Corsican music has taken a new course. Long rooted in the past, it has now taken on a new dimension with new influences. This synthesis has best been achieved by L'Alba. Structured around a polyphonic base, Alba’s music has freed itself from the rules and recreated new ones, using sounds from India, Maghreb, Spain, and other Mediterranean countries. In this emblematic Corsican band, voices mingle with guitars, harmonium, clarinets, flute and violin.