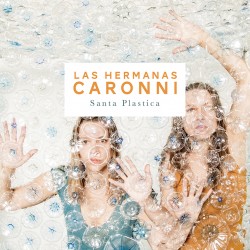 "From the Opera of Buenos Aires to the European scenes where they have performed with their cello and clarinets, Las Hermanas Caronni gradually freed themselves from the academicism of their classical training to throw themselves into the musical maelstrom of today. Argentinian born, with Italian, Russian and Swiss ancestry, they traveled the world before settling in France in the late 90s where they formed their duet. Over the albums, they have integrated with new influences that enrich their repertoire and a meeting with Erik Truffaz was enough to convince the trumpet player to join them, the two twins taking a step towards the jazz with which they always wanted to flirt. Between the deep beauty of Gianna Caronni's bass clarinet and Laura Caronni's chameleon-like cello, the compositions of the two sisters, often inspired by classical or contemporary pieces, take them to new territories, even if the soul of the milonga still roams between the notes. An eclecticism that does not deny their origins but confesses an immense musical appetite." Philippe Vincent